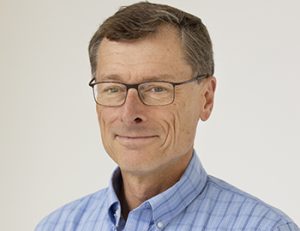 Dr. Luettich is a coastal physical oceanographer whose research deals with modeling and measurement of circulation and transport in coastal waters. He is a co-developer of the ADCIRC coastal circulation and storm surge model – widely used for coastal flooding studies by academia, the private sector and multiple federal agencies including: the Army Corps of Engineers, the Federal Emergency Management Agency, the Nuclear Regulatory Commission, the National Oceanic and Atmospheric Administration, the Coast Guard. In addition to his work on storm surge and coastal flooding, he’s also led studies addressing issues including coastal hypoxia, larval transport, and sediment resuspension. Dr. Luettich is the Principal Investigator of the Department of Homeland Security’s Coastal Resilience Center of Excellence and led the early development of the US Integrated Ocean Observing System’s Coastal and Ocean Modeling Testbed from 2011-2018. Service:

He has published over 100 scientific papers and reports on modeling and observational studies of physical processes in coastal systems. His modeling has emphasized the development and application of unstructured grid methods that are optimized for geometrically complex systems such as sounds, estuaries and tidal inlets and high performance computing systems. He is one of the principal developers of the ADCIRC coastal circulation and storm surge model and has overseen applications ranging from interdisciplinary studies of physically mediated migration, larval dispersal and water quality, to coastal hazard delineation to hindcasts and forecasts of tides and storm surge/inundation along the US coast.